Kristin was born in the north of Germany and Phil was born in Long Island, New York. We both grew up on the coast; two shores which are very similar and yet are on two different continents. Torn between both countries we decided to create our life on both continents.

Sounds difficult, but home is where your heart belongs.

Growing up as camper kids and exploring nature with our respective families, we both held onto the dream of traveling. That part got a really raw deal in our daily lives in the last few years so we decided to make a change. That was when we had the idea to give van-life a try.

We’ve spent a lot of time traveling the world extensively in the last decade or so (Australia, Mexico, Europe, United States, and Southeast Asia to name a few), but there is still so much to explore. We’re saving money to realize or dream in 2018. Until we start, we’re still traveling and working on our different projects, so we can be on the road soon. 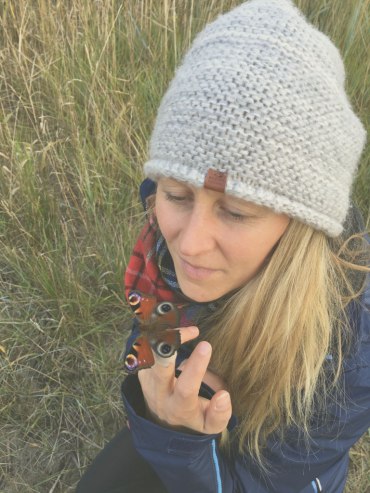 I worked for Tui Cruises GmbH, a German cruise line based in Hamburg, as the Head of Family Product Development. With my team, and a lot of passion, I create programs for kids, teens and adults to discover the world while they’re on vacation. I’ve worked for the company for 8 years, from almost the beginning and built the kids, teens & ‘edutainment’ departments from scratch. One of my biggest projects was creating the first ever maritime exhibit on a cruise ship in cooperation with the International Maritime Museum of Hamburg. Prior to my time at Tui Cruises, I worked as an event manager for a political publisher in Berlin.

I’m currently doing a certificate program in “Sustainability & Ecology,” and I hope to combine a focus on sustainability with creativity, writing and travel as I work towards creating my own magazine. I like to share ideas and work with different people to create new things, so don’t hesitate to contact me for projects, events, or crazy out-of-the-box ideas!

I’m a designer and artist for live entertainment, from theatre and dance to music and live events. While I began my career working mostly as a lighting designer, I’ve begun moving into other aspects of design for various productions. However, I am first and foremost a storyteller.

My job takes me all over the world, so I’ve enjoyed the perks of work travel quite a bit in the past few years, tacking on

In the early stages of my career, my work was primarily as a lighting designer, but the ability to think critically about any visual element, no matter what the scale and scope, has allowed him to work in almost any capacity on the visual elements of projects in recent years. Phil now works regularly as a lighting designer, production designer and programmer, and can provide full-service design from concept to execution in the fast-paced environment of the entertainment industries.

As a designer, Phil approaches each and every project with a unique eye towards storytelling, believing that storytelling and theme are the key elements to a successfully connect with and engage an audience. Phil’s approach to design is collaborative, hands-on and tailored to the project, no matter how big or how small, using creative solutions to successfully tell the story.