Here we are! Sitting in a small cafe in Izola. For all of you, who don’t know where Izola is – it’s in Slovenia. What do we, Croatia and Phil’s passport all have in common? We’re all not in the same place! Yes we are not in Croatia where we wanted to be because Phil, in switching his bags, forgot his passport. Luckily we can still travel in the EU without it. 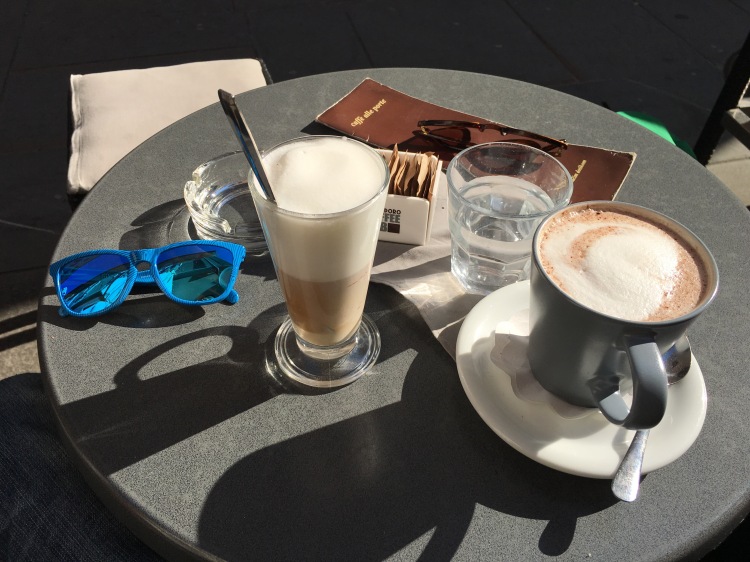 So the day started with Phil mentioning in Hamburg airport, that he forgot his drivers license 🙄. When we checked in at Munich he realized he forgot his passport. Okay. Maybe next time one day more between coming back from New York and going on holiday. When we arrived in Triest the guy who rented the Camper to us picked us up. Great. The sun was shining and then he locked the key in car. What is that?! How can one day be such a mess? So after 40 minutes his wife showed up with a second key. We drove to his place and he showed us everything. Around 3 pm we started to the border, so we crossed our fingers they would be just nice to two dumb people like us. But there was no chance. We asked and begged at two border crossings but the answer was always a resounding NO!

The only thing what made us happy last night was this beautiful sunset in Sečolvje where we tried to find a wild camping spot. Because the coast is fairly densely populated we ended up paying for a car parking spot in Izola after a wild inland tour.

So here we are, telling you during the next few days about Slovenia!